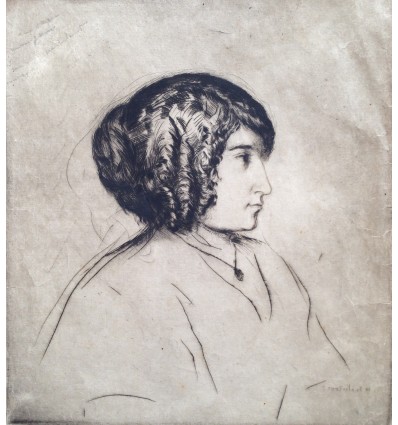 Young woman in profile
Etching signed and dated in the plate (19)08
Signed lower left at the lead pencil and numbered 7/12
Rare etching not included in the catalogue raisonné published by Loys Delteil
Dedication to be deciphered at the top left
Framed under glass
Origin: Family succession

10 other products in the same category: