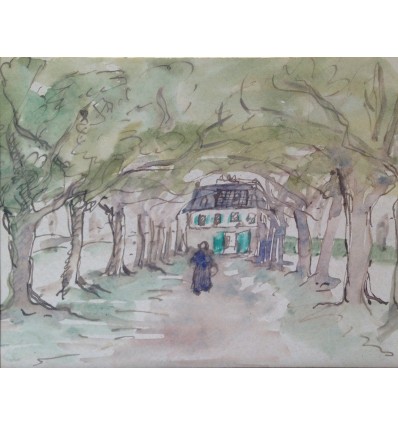 The House at the end of the alley
Watercolour

The House at the end of the alley
Watercolour framed under glass from 1908-1910
Origin: Family succession